Local musician and singer Al DiCicco from South Dennis. Al is a member of The Lighthouse Splinter Group that has played at “David’s Tent” in Washington, DC. In May 2017 he recorded a 12-song CD entitled “Live At The Museum” on location at the Dennis Township Museum & History Center.  Al performs in local church’s and for senior citizens care centers. 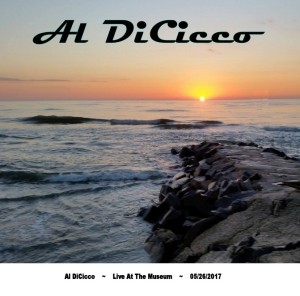 Sonny is a member of The Lighthouse Splinter Group (along with Al DiCicco) which has played at “David’s Tent” in Washington, DC.  In June 2017 they recorded a 14-song CD on location at the Dennis Township Museum & History Center entitled “Grace For The Humble”.

In October 2017 they recorded 25-tracks live at the Dennis Township Museum & History Center. John performs plays bowed Psaltery and the Mountain Dulcimer and both he and Jan perform the vocals, both solo and as a duo. Jan & John purchased an Historic just two doors down from the musuem. 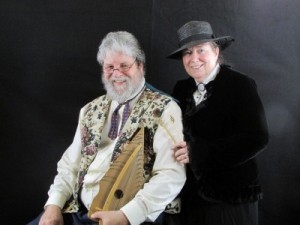 Everybody Was A Musician

When I was in high school in the late 1960s, it seemed like every teenager had a rock band. I recall at least a dozen at the time just around the Middle Township area. There was “The Lost Souls”, made up of Jim Prash, Fred Neff and several other members. I believe Jim’s parents owned the marina at about 80th Street in Stone Harbor, and I remember recording one of their practice sessions in the marina’s big steel building. Then there was “The Wrong Side”, with Mike Lloyd and the Repicis: Mike, Dave, Steve and Frank, all excellent musicians who later played professionally. And there was my own band, “The 3/5ths”. We weren’t very good, but we played a lot a fun gigs. In Avalon and Stone Harbor, we often played on people’s docks along the bay for various private parties and for boat parades. Around 1972, we played for the lifeguards’ annual party in the Marine Ballroom atop the Avalon movie theater. It’s interesting that my father and uncle had a big band when they were in high school, and they too played in the Marine Ballroom for the annual lifeguard party in 1947! They grew up in Avalon, and as adults they continued to have a jazz quartet and played well into the late 1980s, when I played bass with them.

I had several bands from the late 1960s through the ’80s, and some of the people I played with became excellent musicians. I remember having a band with Glenn Kuhns of South Seaville, who played bass. In the early 1970s, being always interested in recording, I made a demo tape for a high school guitarist named Geno White. Now 40 years later, Geno has become a well-respected jazz musician who can be seen often playing at various venues around Cape May County (www.genowhite.com). There are a lot of great musicians that have come from our local towns, though they may never have made it a profession.

As a social comment, it seems to me that many kids today do not have hobbies or the passions we all had as teenagers. Even though we were lousy musicians, there was a lot of fun playing in bands, and we made a few bucks besides, which of course, was always put back into buying more musical equipment!

Though I no longer play live, the joy of making music is still a wonderful hobby, and I have a small music production studio in my home in South Dennis. Along with a few friends including lead guitarist Mike Repici of Belleplain and a wonderful singer, Liz Heaton of Woodbine, we produce some great recordings strictly for our own enjoyment. With today’s technology, home studios can produce some very high quality recordings.

Whatever your age, if you don’t play a musical instrument, I encourage you to pick one and take some lessons! You don’t have to good at it to reap great joy and satisfaction from it. For beginning guitarist or drummers, I recommend a great teacher, Robert Gummel, in Ocean City (609-781-7225).

Dan recorded many talented acts at the WHYY Studios in Philadelphia during his 30+ year career, now retired he enjoys sailing, listening to music and his family. Dan also recorded many remote live sessions in the Cape May, NJ areas during his career.

Norman lives in South Dennis and is a professional guitarist. He stills plays around the area and teaches guitar lessons. He traveled the world with the USO playing guitar. Contact him at (609) 861-2795