Dennisville Methodist Episcopal Church at 134 Main St. The church was dedicated on September 15, 1872. The builders were Charles Crandole and John & Johnathan James.

The old post card images depicting Main Street (which is often referred to in early writings as Broad Street). Note the church steeple. That is a famous reference for our seafaring men in finding the entrance to Dennis Creek (The name was changed to Dennisville in 1854).

“Many years of Cape May County history are reflected in the early American church and the parsonage of Dennisville. Founded in 1869, the Dennisville church congregation included shipbuilders who settled in the area because of the abundance of cedar trees in Dennis Creek. A ship yard was set up just south of where (the WaWa is now), where new boats were launched into the Delaware Bay from Dennis Creek. In the 1700’s, even before the area became inhabited by the shipbuilders, Methodist missionaries sent from England called circuit riders, preached the Word of God. The circuit riders would travel by horseback through tiny towns of South Jersey, where faithful groups began to worship. Because transportation of the era was poor, each community began building churches only a few miles away from each other”. [1] Methodism began in this community in a small chapel that had been moved from the Landing (Dennis Creek?) located opposite the Ludlam School House. This was the first mission where the preachers Woolford and Collins, who had served the mother church in South Dennis.[2] To shorten the distance to the village, James Diverty and other members of the village decided to purchase land and build a church more convenient to the more densely populated area of the town. The lot was purchased from Nathaniel Holmes for $10.00.[3] On November 29, 1869, The Corporation deed was recorded. The original Trustees were Maurice Beesley, F.B. Bushnell, Jesse Diverty, Nathaniel Holmes, Benjamin F. Lee, Jacob Souder, and Mackey Williams. The cornerstone was laid on November 12, 1870. Funds were raised by the Mite Society to build Dennisville Methodist Episcopal Church. The builders selected were brothers John and Jonathan James and Charles Crandol, all master builders. The approximate cost was $5,200.00. [4] The church was completed in 1872 with the dedication sermon being preached by Rev. Charles Hill on September 15, 1872. The first pastor was Rev. Jesse Diverty, who served from 1869-1870. Because Dennisville was not a wealthy community, the debt was not easy for the members to carry, but within seven years, through the assistance of Rev. Ezra Lake, (who was pastor from 1872-1875), and the Church extension, the debt was paid off in 1879. With the completion of the church, Dennisville M.E. church steeple became the highest point in Cape May County. Historians have reported that nervous seafarers would spot the steeple from the bay and say a prayer of thanks[5], as the steeple was often used as a reference point from a great distance to the entrance of Dennis Creek. The remarkable tinwork on the ceiling and the walls was arranged and completed for the cost of $100.00[6] in 1911. Included in that cost was a new lightening rod.[7] 1963 The Social Hall was purchased. (it had at one time been a general store and Post Office) 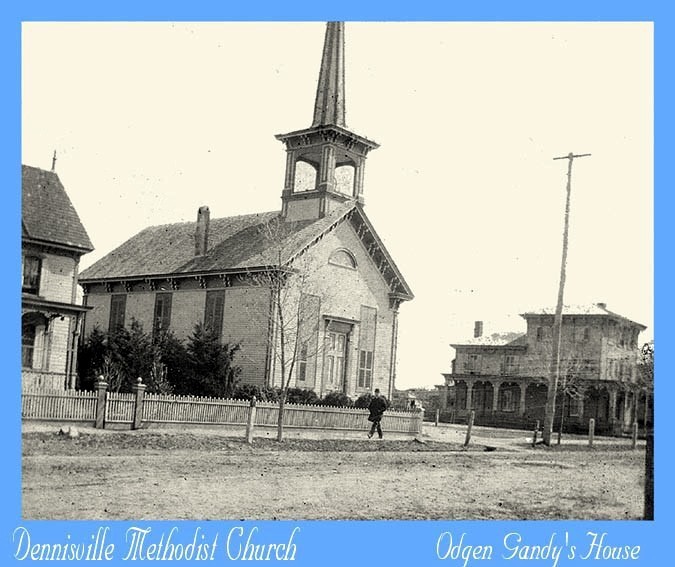 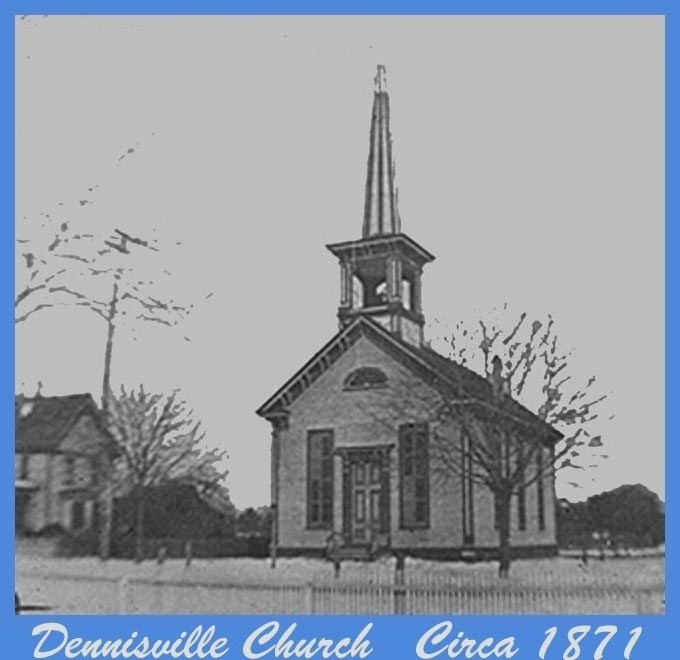 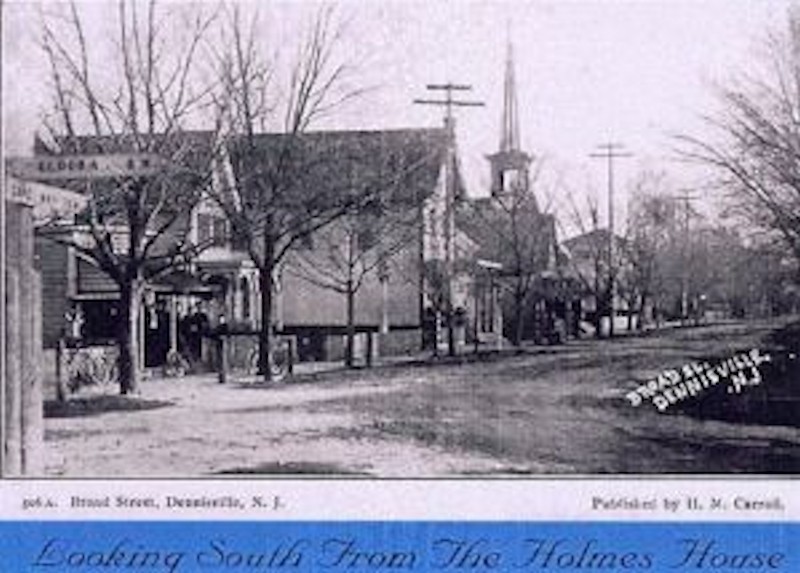 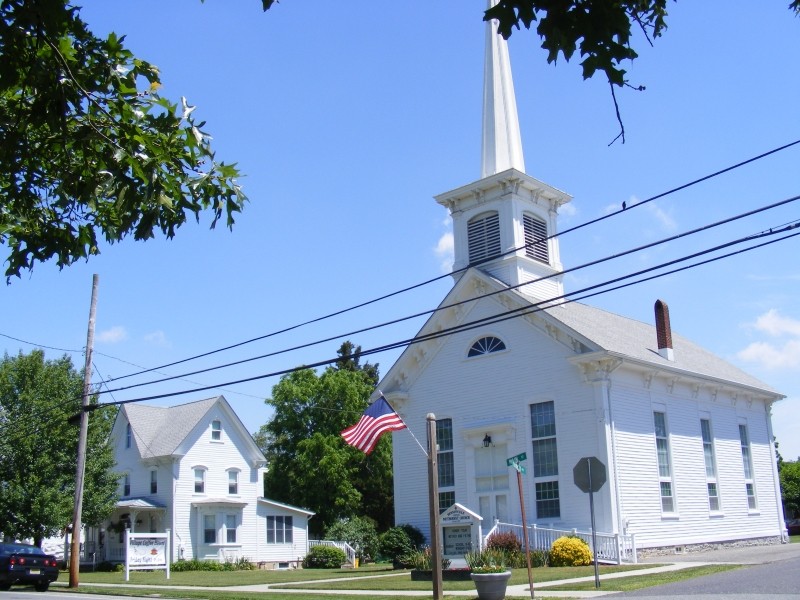 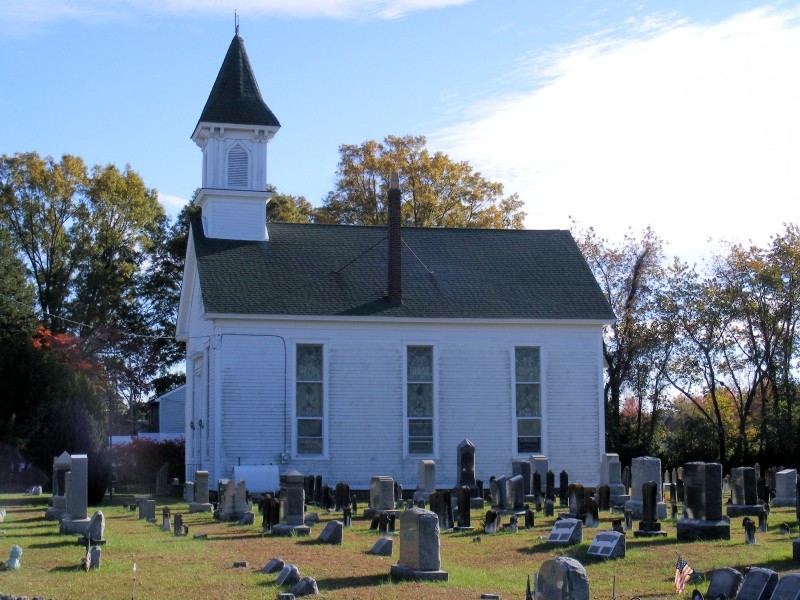 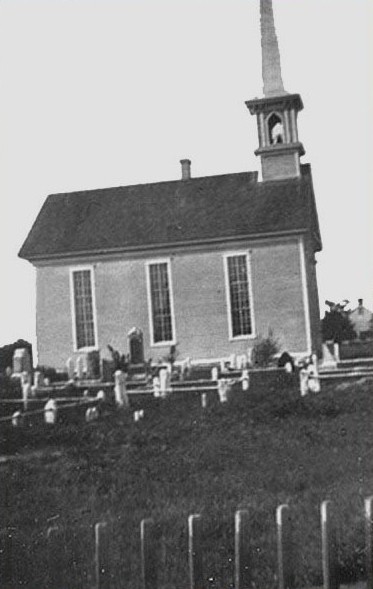 Located on Route 9, this was the second to be included on the National Register of Historic Places. 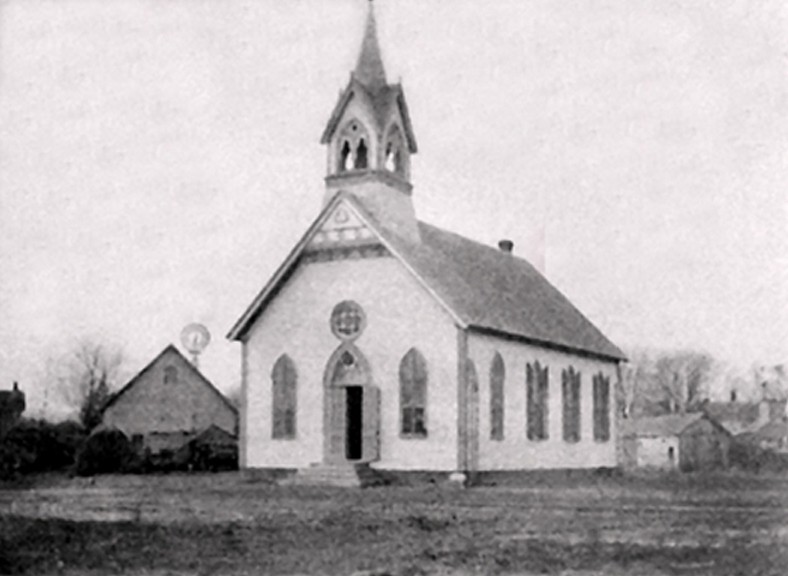 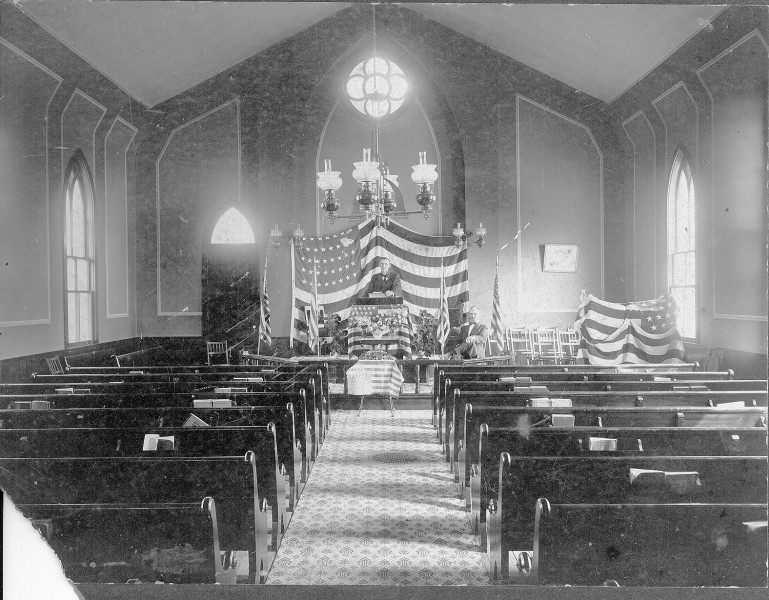 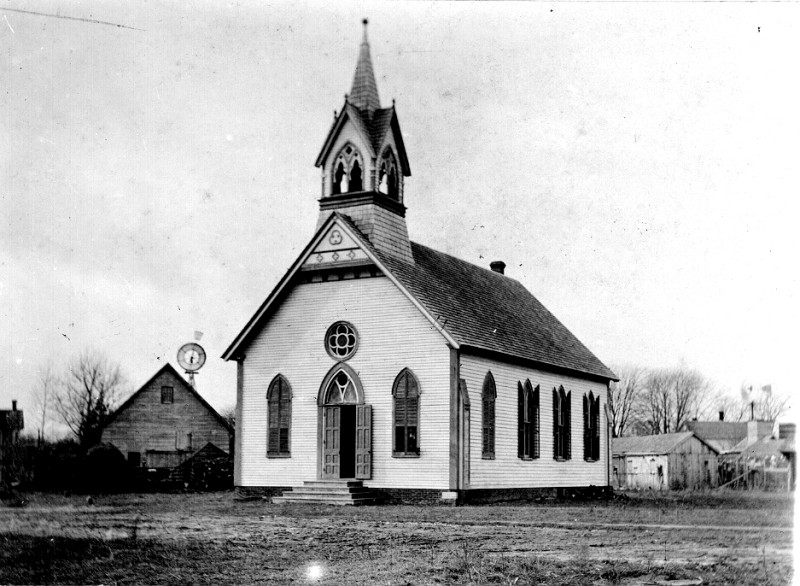 South Dennis Methodist Church (formerly Baptist) – On the corner of the Union Cemetery and School House Lane, once stood a Meeting House originally owned by the Ludlam Family and referred to in early writings as the “Dennis Creek Landing Chapel” and later as “Union Church”. This small structure provided early education and a Sunday School which was organized by Methodists and filled many other community needs. Before changing its name to the Union Church it provided services for those of both confederate and northern views prior to the Civil War. It was the first church to permit the use of its building by other denominations.

A History of South Dennis Methodist 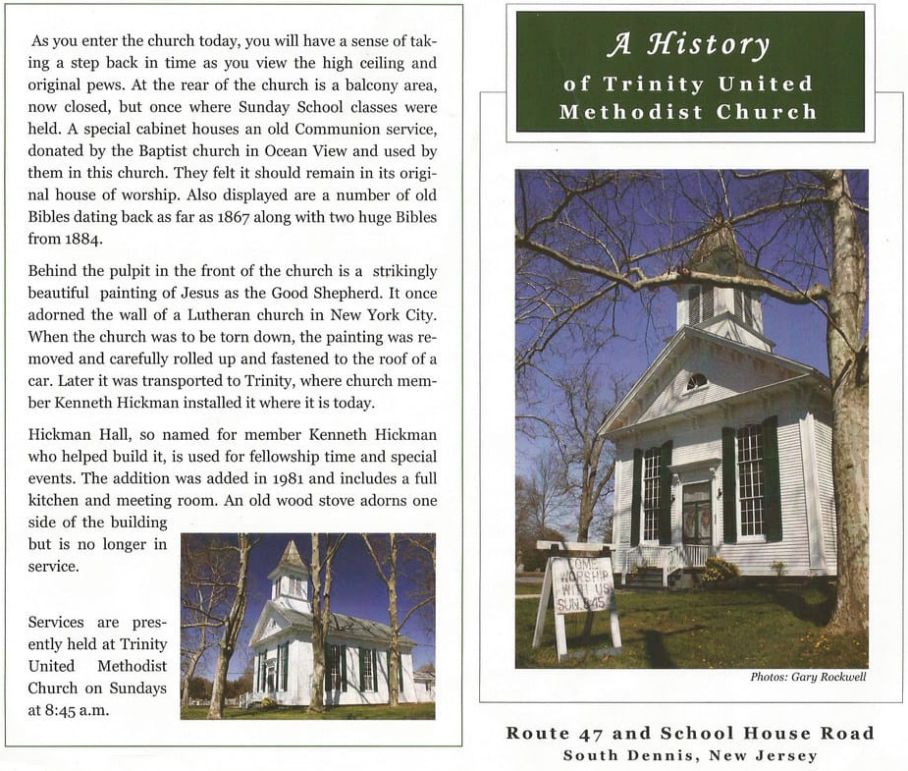 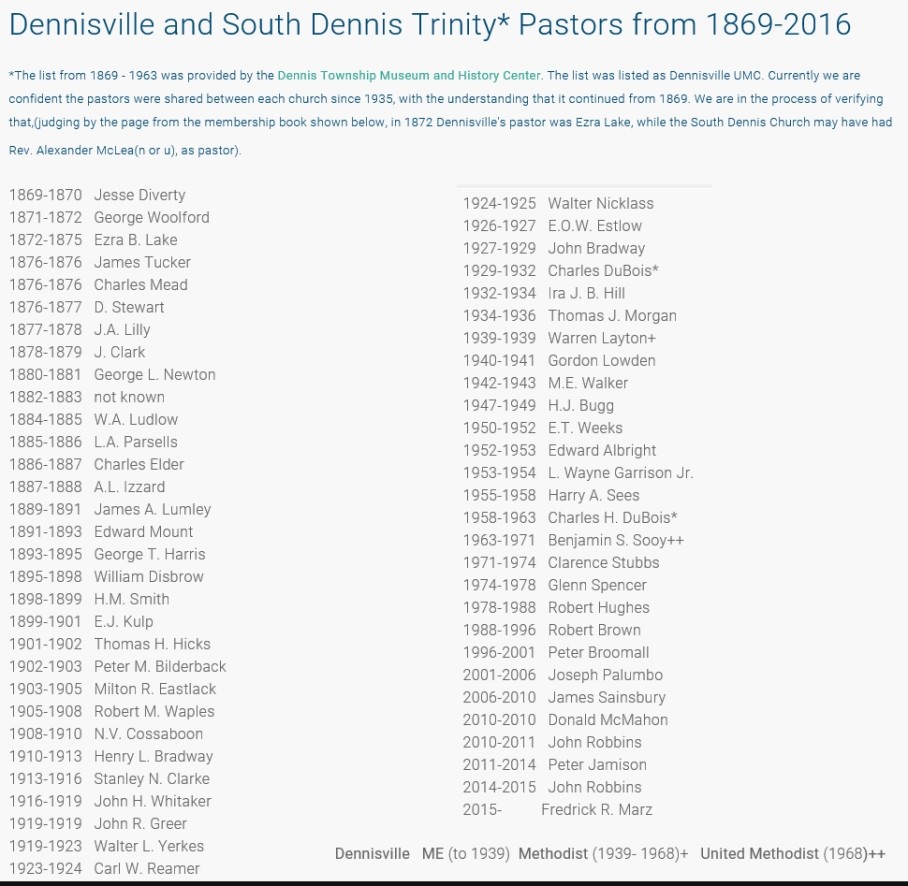 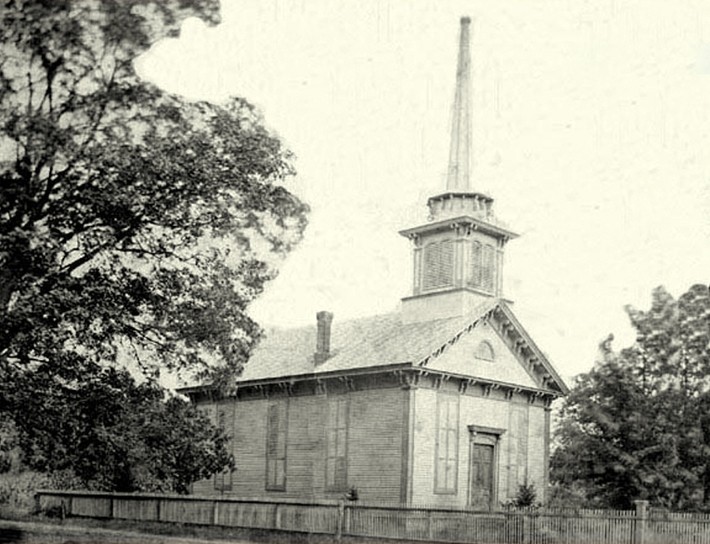 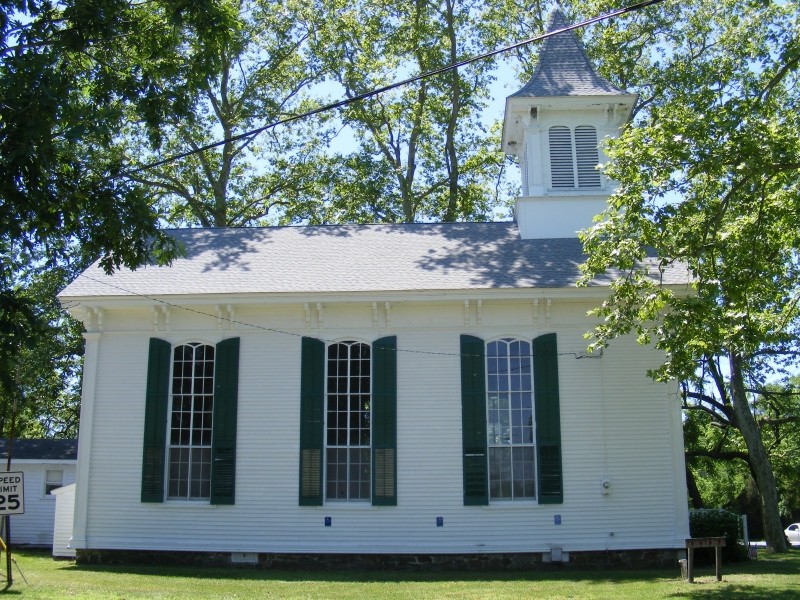 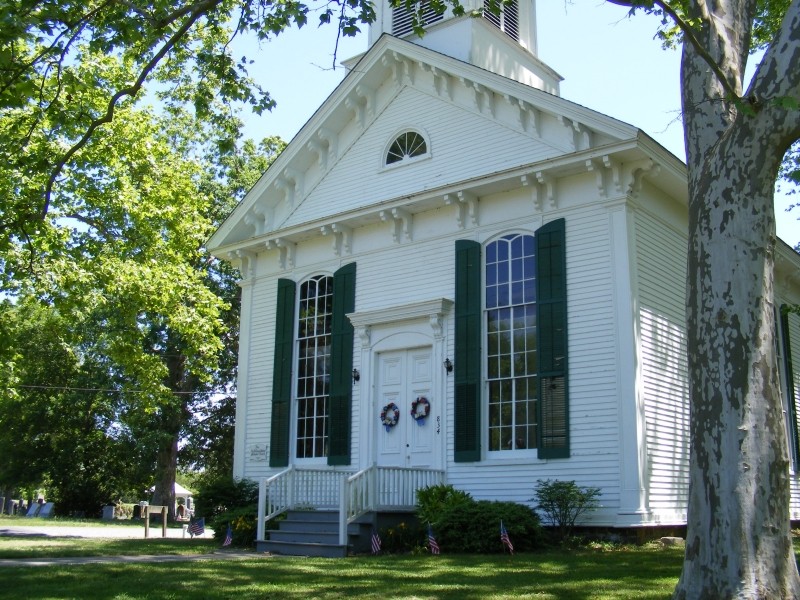 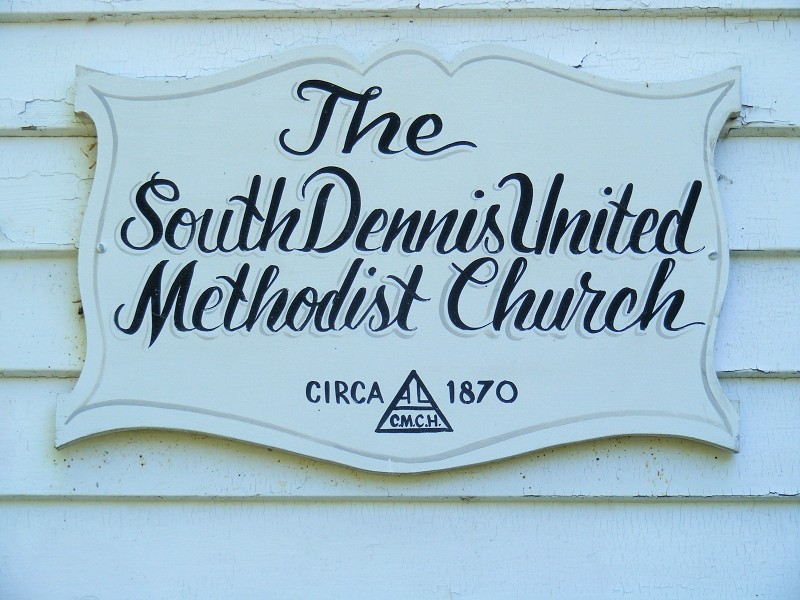